In September 2010, I posted an album called Prescient by a Scottish ambientalist Derek McArthur, alias UUUUUU. Now it's the time to post another album by UUUUUU, entitled The Astral Travels. The new album is even more fully-realized and much deeper on the compositional level. With eight tracks, four of which are over 10 minutes long (and the remaining four not much shorter!) - 75 minutes total, The Astral Travels is an immense journey, spanning across vast mindlands. Listen with your headphones on. Highly recommended. 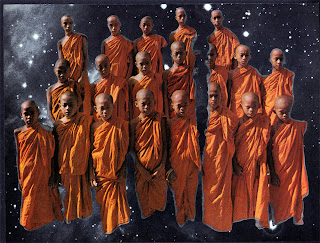 UPDATE: Canada's Private Collection Tapes released "The Astral Travels" on CD-R in an ultra-limited editon of 42 copies. Grab it while you still can!
Posted by Unknown at 9:17 PM

Hi, thank you for this and for your work.