Sean McCann — Open Resolve c43 (Stunned no. 70)
Confounding expectations and annihilating boundaries, ‘Open Resolve’ is not only Sean McCann’s 3rd time back on Stunned, but its also his postcard from the utter edge. Hummingbird-speed cymatics liquefy the scaffolds of time in anticipation of a completed simulacrum. A flickering, sizzling future-spew for me & for you. Limited edition of 111 pro-dubbed & imprinted c43 tapes with double-sided color jcard and insert.
Posted by Unknown at 9:47 AM 6 comments:

Andreas Brandal - Secrets of the Snow

Andreas Brandal — Secrets of the Snow c43 (Stunned no. 68)
A silhouetted form beckons us into the darkened forests of Norway, and we follow anyway, sensing that secrets may be revealed in the thawing undergrowth. Seed and larvae which were burrowed deep all winter respond to the warming of Earth’s crust, and before one knows it, the snow rescinds to sprouting greens & creeping things. Who lead us here? How did he know this would happen now? Questions only Andreas Brandal could immediately satisfy, and does just so, on his newest tape release proudly presented here. Since the early nineties, Brandal has orchestrated significant visions of both seasonal & dimensional shift in his soundcraft. Likewise, ‘Secrets of the Snow’ weaves a tableaux of wilderness abandonment, sentient mycelia, and complex drone-frequencies emitted via planetary groans. Capturing these rich, subtle intimations on tape comes only with the extensive focus and practice Andreas Brandal is suspected to have had in those groves of intrigue he coaxes from perennially. Limited edition of 111 pro-dubbed & imprinted c43 tapes with double-sided color jcard and insert. - Stunned
Posted by Unknown at 9:38 AM No comments:

Another unfathomably great transmission from the mighty Olde English Spelling Bee - compressing a world of hazy 1980's pop edits and television broadcasts on one dense, oddly unsettling LP - so good. Rangers aka Joe Knight sits us in the passenger seat for another incredible cruise around the grey interzone of 1980's suburbia on this, his excellent debut LP release. 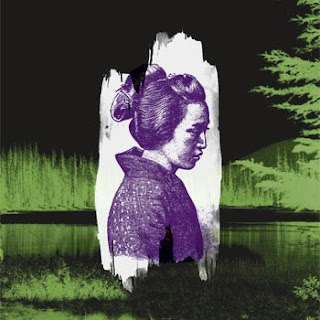 Forest Swords - Dagger Paths
Bit of a departure for the Old English Spelling bee, embracing scenic dubbed-out tapestries described by the label as a cross between Burial's sample-strewn claustrophobia and Ennio Morricone's spaghetti western scores...* The Olde English Spelling Bee label has lit up our week with this incredible debut from Forest Swords. Nope, we've never heard of them before either, but they're only based down the road in The Wirral so we'll send them a thank you message via carrier pigeon or something. Dagger Paths is a textured patch of personal sonic connections infusing outsider drone-folk and lo-fi pop with modern R&B and vintage dub tropes that capture that feeling of Grouper jamming with the Velvets down at Tubby's that you forgot to remember that time you didn't imagine it.
Posted by Unknown at 9:00 AM 4 comments: